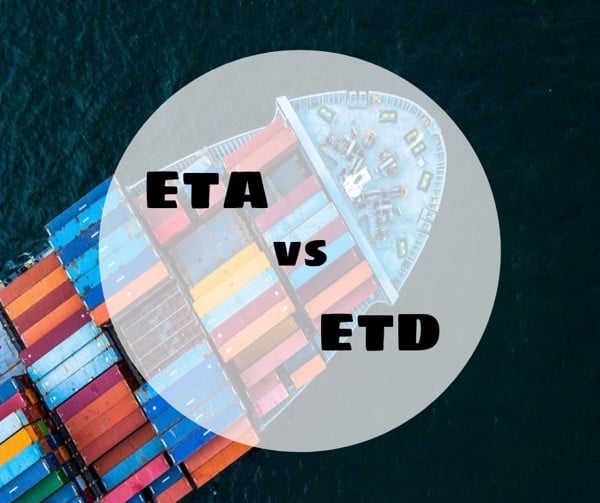 The terms ETA and ETD are often used interchangeably, but wrongly used by many people in the shipping industry. These two terms could easily cause confusion and are often the subject of misunderstanding on occasions.

The term ETA is used to refer to the date and time a shipment is estimated or expected to arrive at a particular destination. The specified destination as used in here depends on certain shipping terms, but is usually a seaport, an airport, a different destination depending on the shipping service. This regardless of the shipping method which may either be air or sea, including domestic shipping routes such as trucks and rail.

The ETD on its own part is used to refer to the particular date and time a shipment is expected/predicted to be delivered at a final destination point. This particular date is usually not estimated based on the appointment made with a consignee. Rather, it is planned to accommodate possible delays which could and would possibly cause delivery to be rescheduled.

Why the Confusion and Misconception?

Consignees easily mistake estimated time of arrival to mean when the goods would be finally delivered to them at the final destination which of course is often a source of frustration and disappointment when it doesn’t turn out to be that way. It is rather important as a consignee to remember that estimated time of arrival only indicates the shipment’s arrival at the port of destination and not at their final delivery address.

Also, careful examination of the timeline of the shipment can save individuals from this headache to avoid unnecessary frustration when expectations have been raised higher than the true reality.

How Can Shipping Companies Provide Accurate Delivery Timeline to Shippers?

This can only be done by carefully considering several factors associated with the shipping mode in question. This starts from having a thorough understanding of the particular mode of transportation, careful use of the various shipping terms, and a clear understanding of all the processes involved from the point of origin to the final destination.

This whole process encompasses the time from when the shipment will be picked up, to loading it onto the truck, delivery to the named port destination, transit time depending on the transportation mode, getting customs clearance, and finally delivering to the consignee at the final destination.

Forecasting in the Logistics Industry

Certain circumstances may cause delays in shipment. These could range from natural circumstances such as bad weather conditions to human errors and other things such as port congestion, changes in route, space shortages, etc. Understanding these and the time involved would help shipping companies provide more accurate predictions of the delivery timeline to the shipper.

Consignees should also be properly informed if there have been any changes in the timeline. Also, the ETA and ETD should be used jointly with their corresponding locations as this would significantly help in eliminating the misuse and misunderstanding of both terms. 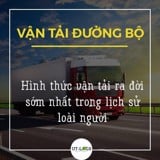